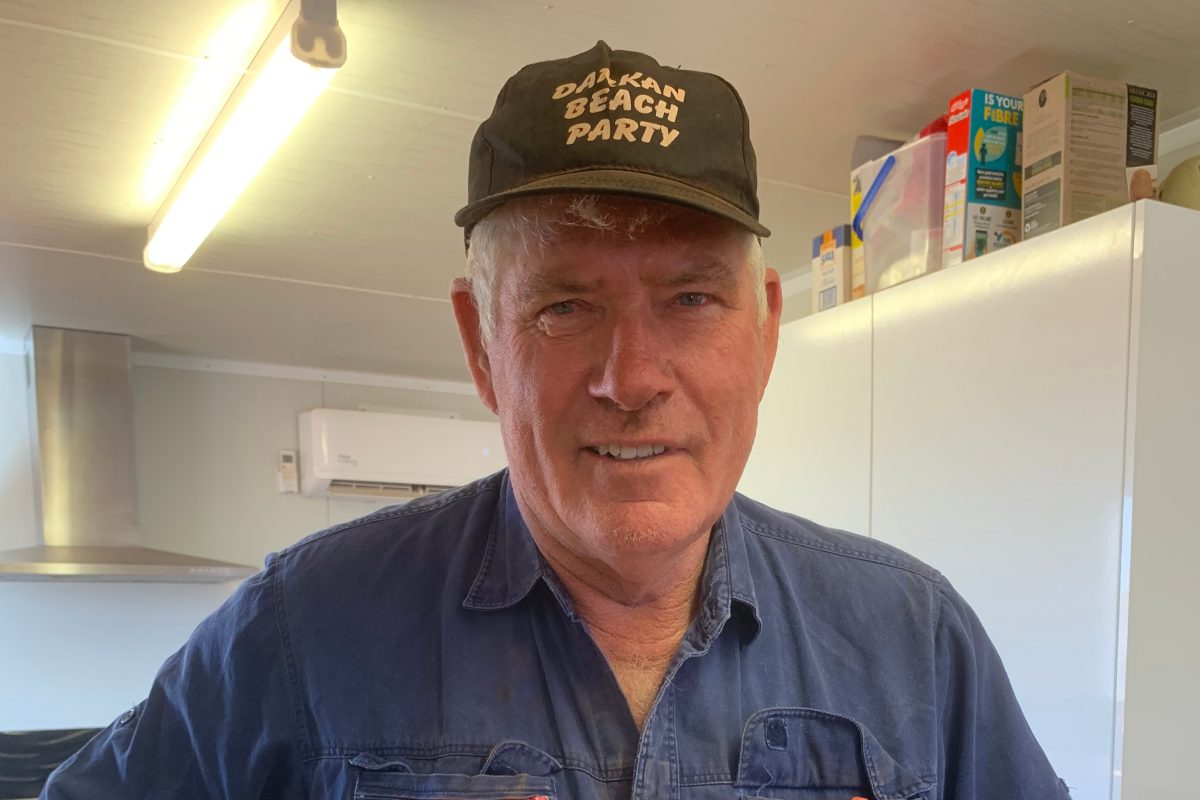 More than three decades ago Dane Sorensen took a chance on mining and it paid off, now he hopes to inspire the next generation of Australian explorers.

Growing up on a sheep and cattle station more than 100km north of Meekatharra in Western Australia, Dane knew early on he would make his living working outside the metropolitan hubs.

“I’m basically a bush person, I don’t think I could handle living and working in the city,” he said.

However, not unlike the exploration companies he works with, Dane took a risk leaving behind the pastoral life he’d been exposed to all his life to enter the mining industry

But after getting married at 19 and working at stations in regional WA for several years, Dane made the jump to mining exploration in the early 1980s to earn a better living.

“The ‘80s was when gold mining in particular and exploration really took off,” he said.

“I had a young family and I could see that there was a lot more money in mining and exploration than working in the pastoral industry.”

Now a self-employed contractor at 63, Dane spent the last 30 years providing services to the exploration industry ranging from establishing access into remote locations to facilitate drilling and conducting sampling using his vehicle-mounted auger rig to setting up and providing water and power supplies to camps.

Dane said the formula for success in the mining industry was simple and the rewards could be substantial.

“All you had to do was work hard and be good at what you did,” he said.

“I’ve made a good living out it, it has provided security, it put my children through school.

“The mining industry has been very good to me.”

In that time, Dane said the technology on site had improved a great deal.

“In my lifetime I’ve seen waste dumps reprocessed up to three or four times because as the technology of extraction has improved, the recovery has improved as well,” he said.

“The reliability of the equipment, vehicles and satellite communications have also gotten better.

“I grew up with a return telephone line, which is a wire strung on a post through the bush – now if you’ve got a satellite phone you can talk to anyone at any time, so you’re not as isolated as you were 30 years ago.”

Despite all the changes to the industry since he started out, Dane said opportunities remained for people entering mining exploration in a range of roles.

“It is an avenue for unskilled people to gain valuable experience and one of the very few areas where hands-on learning and training is available and provided,” he said.

Dane said he believed even people who don’t remain in mining could still benefit from the experience it offers.

“Due to the nature of the industry, a disproportionately large number of people pass through the industry,” he said.

“Those people gain valuable job and life skills that can be applied in many other industries.”

Having primarily worked with junior miners like Bryah Resources in recent years, Dane said he enjoyed the open communication they offered.

“Smaller companies are personable, you’re talking to the directors and the managers more directly so always have a good idea of what’s going on,” he said.

“I believe junior explorers are the leading edge of exploration,” he said.

“You need the junior explorers because they have a fresher outlook on it.

“They are able to follow up on more speculative projects with sometimes spectacular results.”

Dane said exploration was critical even for established mines.

“I’ve seen a few mines starve themselves into premature death by not retaining active exploration in the region,” he said.

Having had a relationship with mining that has served him well few years, Dane offers advice to those looking to enter the industry.

“Nothing is as good as competency – this is still an industry that appreciates a good work ethic,” he concluded.