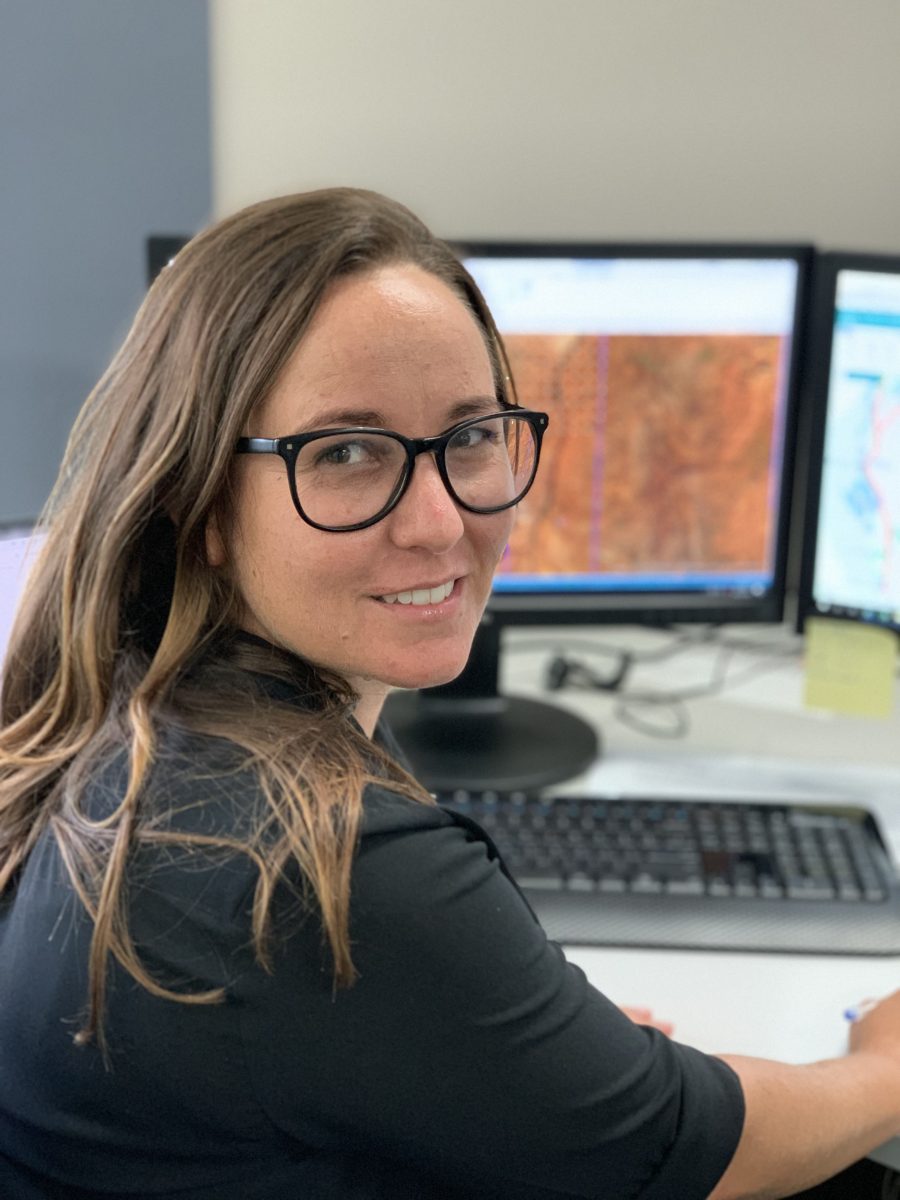 For Perth resident Samantha Kemp, a financially-motivated foray into the mining industry quickly became a rewarding and enriching pursuit that has propelled her throughout her entire career.

In her role at Sample Data, the Western Australian-based geological data service consultancy she created, Sam works with a number of small resource companies, particularly those in the exploration phase.

Mining exploration is the process of discovering new deposits in existing or new sites and developing those deposits into a functional mine where possible.

Although a risky financial endeavour, mining exploration is the bedrock the resources sector rests on and junior miners are doing the bulk of the work when it comes to making new discoveries.

Through her work, Sam helps support these small resource companies in determining whether a new or existing site is suitable for mining and then helping prepare that information for market release.

The 37-year-old mother of two said her professional life was challenging, but rewarding.

“My days are pretty packed as these companies are in exploration campaigns or getting ready to release information to the market,” she said.

“I am lucky enough to be involved in a range of projects across several commodities, so I am always learning and doing something new.”

Sam said she looked back fondly on her roots as a “boots on the ground” mine worker at Placer Dome in Kalgoorlie which had laid the foundation for her current success as a data consultant.

“I loved the work on site as an underground geology technician, it was always evolving and there was always opportunity to develop your own career,” she said.

“Having that site time means I can interrogate the information I now receive in the office easily.”

After moving to Perilya-owned Daisy Milano mine, Sam was introduced to digital capture by a senior geologist, which led to her current role.

When Perilya sold the Daisy site to Silverlake Resources, Sam said the company supported her attending the University of New England to complete an external geology degree while still working full time.

“I was still working full time at Daisy, I would fly over to do practicals twice a year for a week or two and was able to do the exams locally,” she said.

“I was very lucky that I was seeing principles of what I was studying on a daily basis.”

Years later, the small explorer Sam was working with sponsored her to complete a Graduate Certificate of Management, which she said offered a different perspective on the industry.

“Both the course and working with the corporate side of the industry really gave me a great insight into the business of mining,” she said.

Sam said she had also seen the positive impact of the industry in the wider community beyond its general economic benefits.

“The work initiative programs I have seen are invaluable for regional communities – developing people that live in that area and having local knowledge is such a win-win,” she said.

“In the cities it can range from working with universities and high schools to show real life applications of technology or funding great STEM programs in schools.

“Perth has grown in so many ways over the past decade thanks to mining.”

Sam condemned the outside perception of mining explorers as “cowboys” there to “rip, tear and bust their way to profits”.

“I think this is the biggest misconception of the industry,” she said.

“Every company I work with cares about the environment, the communities they work in and the lasting impact that can have and they want to have a positive outcome.”

Having ventured to Kalgoorlie to strike gold like so many, Sam said her career was her most valuable find.

“Being at the point in my career now – where I am working on a variety of projects across the world with some really great people through my own business is thanks to all the experiences that were made available to me through the mining industry,” she said.

Continued government support of mining exploration is needed, but Sam said if her experience with the industry taught her that the future was in good hands.

“The resource industry is pretty innovative, I am excited to see what new initiatives come out in the coming years,” she said.