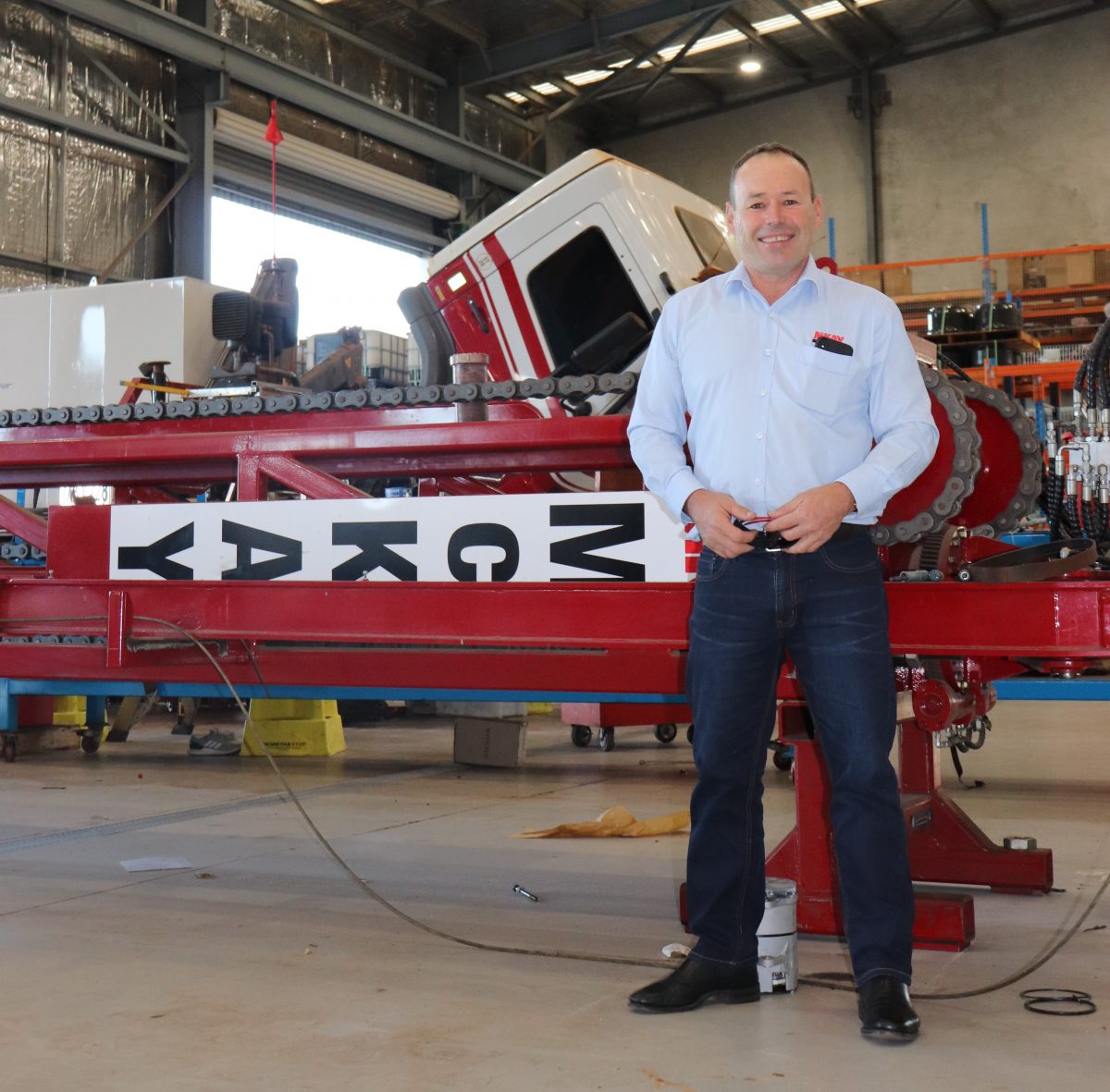 Many company taglines are simply empty posturing, but WA-based McKay Drilling has decades of quite literally “setting the standard” for drilling safety in Australia to back up its claim.

Established in 1990, McKay Drilling has leveraged industry-changing innovations in drilling safety to grow to employ a 200-strong workforce and own a fleet of 19 drill rigs under the leadership of founder and managing director Mark McKay.

But according to Mark, pursuing his vision for better drilling safety would not have been possible without working with the resources sector’s biggest risk-takers.

Risk and exploration go hand in hand as junior explorers and miners take to the countryside in search of potential mine sites with no guarantee of success.

But when the discoveries of Australian Explorers are developed into mines, it can create thousands of jobs and ensure Australia has the steady supply of the mineral resources required for modern living and technological advancement.

McKay Drilling began life as a start-up after Mark borrowed money from his then-employer to purchase a rig and strike out on his own, operating the rig himself and having his wife manage the books.

Drilling is essential to exploration and Mark relied on jobs with myriad small exploration companies early on until he was able to add another rig and set up a workshop in Kalgoorlie.

“Working with mining explorers played a major part in building McKay to its current size,” he said.

“A lot of our initial work was with junior miners.”

Although his days of on-site drilling are behind him, Mark still looks back on them fondly.

“You would do one project for a few weeks or months and then you’d move to a completely different area, so you are camping out and travelling the country quite a bit,” he said.

In those days, drilling was a physically demanding endeavour which required people to use a clamshell and hook to manoeuvre the drill rod, which Mark said accounted for most of injuries.

The desire to find a safer method for rod-handling led him overseas.

“I heard about a rod handler that was being used on oil rigs in Canada, so I flew over and looked at the drill rig operating this rod handler, purchased it and brought it back to Australia,” he said.

The fitted rod handler Mark brought back was the first of its kind in Australia, allowing the drill rods to be loaded without being handled by the driller.

“You no longer had people hanging off the end of the drill rods, swinging it around to a rod rack and then pushing it up on the rod rack,” he said.

It didn’t take long for Mark’s peers to notice after he deployed the new equipment at the Super Pit in Kalgoorlie.

“We were right on the bypass road, drilling with the first rod handler and we’d have lots of drilling companies just pulling up and watching,” he said.

Having market-leading drilling safety equipment not only prevented workplace injuries but gave the company an advantage in securing work with resources companies.

“If you’re tendering on a job, having a drill rig with rod handling carries a fair bit of weight in that process,” he said.

Mark didn’t stop at fitted rod handling and continued to pursue better safety for his employees through innovations in hands-free rigs and introducing overhead protection.

Mark said the advancements in safety also made drilling more accessible for women.

“We’ve always had women working on the drill rigs but not many – the workload was too hard, the drill rods were too heavy, and most women just couldn’t handle the physical intensity of working on a drill rig,” he said.

“Now because they are hands free it has really opened up the doors and allowed us to put more women on the rigs.”

The race for the next industry-changing innovation is underway as major resources companies push for automation to get people away from the rigs, but Mark said implementing drilling automation posed unique challenges.

“It’s a big call, automation for a drill rig – it’s not like a dump truck that can drive up and down a pit,” he said.

“There are so many moving parts, there are drill rods moving in every six metres, there is sampling, and when the rig finishes drilling someone has to drive it to the next hole.”

The team at McKay Drilling is working to solve the automation problem internally and in collaboration with Murdoch University, although Mark admits the process is in the “very early stages”.

But when the breakthrough in drilling automation does happen, backing Mark and McKay Drilling to lead the way is a fairly safe bet.