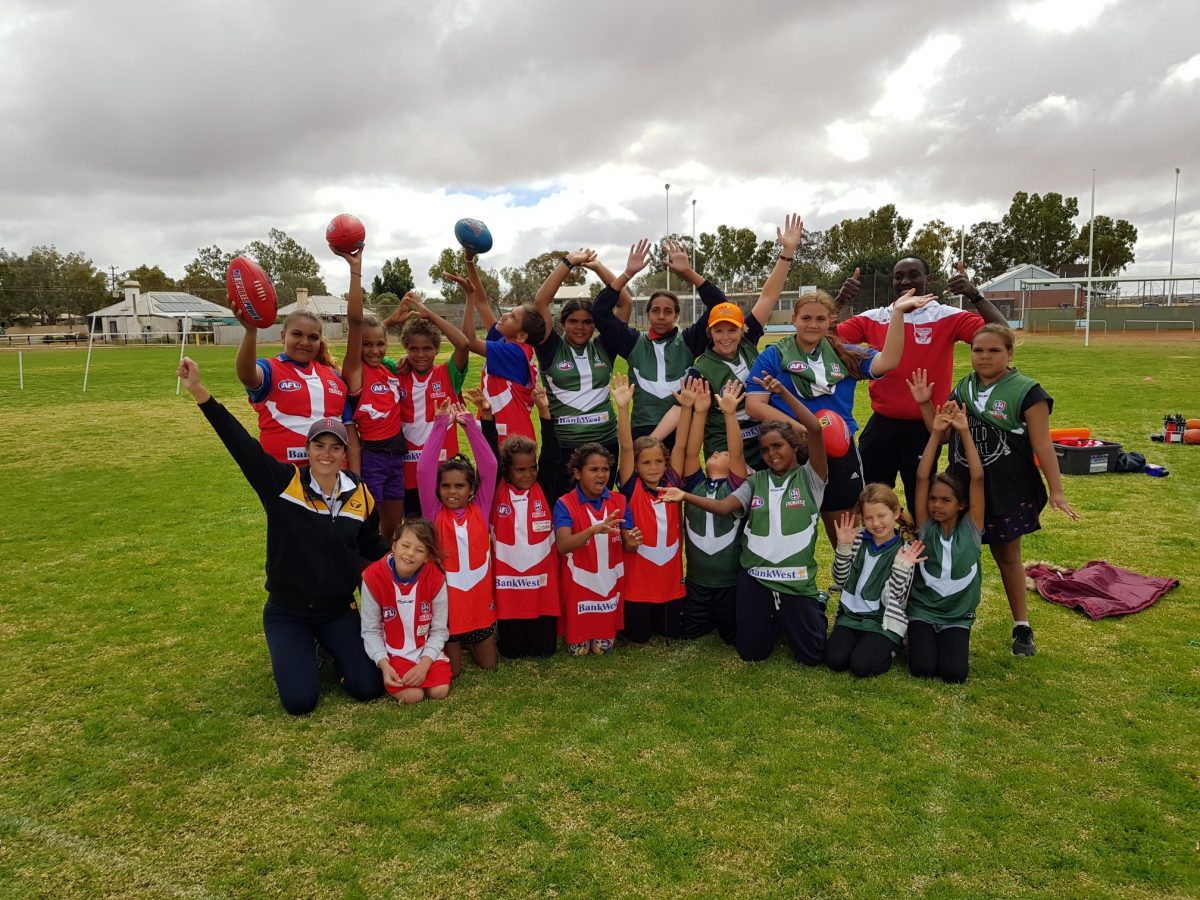 For Paul Mugambwa, sport was always more than a game, it was a way to make friends and connect with the local culture and community having moved to Perth from Africa at the age of two.

Now in his late 30s and with more than a decade playing for South Fremantle behind him, sport remains a central part of Paul’s life in his role as general manager of the Stephen Michael Foundation (SMF).

With funding support from mining explorers like Westgold Resources and Sandfire Resources, Paul and the SMF use sport as a vehicle to encourage the development of marginalised and at-risk youth in metropolitan and regional WA.

While these mining exploration companies might not yet be household names, discovering new deposits in existing and new sites underpins the future of the resources sector industry and provides an economic base for Australia’s future.

Natural risk takers, around 80 per cent of junior resource companies record a net loss each year.

However, the low revenue common to mining exploration has not impeded their generosity in the community, according to Paul.

“The new miners give a lot back to the community and provide a lot of opportunities,” he said.

“We see a lot of the people that get employed through the industry, which is a huge impact.”

Named for legendary South Fremantle player Stephen Michael, a proud Aboriginal man from Kojonup, WA, the Foundation was formed by the club in 2017 with the support of government agencies and pilot funding from mining exploration companies.

Paul’s role as general manager keeps him connected to all levels of the organisation, ranging from meeting with different organisations and service providers to rolling footballs and delivering sessions across the region.

“Securing flights meant we could travel up regularly, engage with the local community, find some local staff to support us, upskill them and deliver programs,” he said.

“We’ve been able to bring 30 kids from Meekatharra to Perth to experience an AFL game at half-time in front of 60,000 people.

Beyond the provision of sporting programs, Paul said the SMF had made inroads into upskilling and employing locals, which was the key to a making a long-term difference in the area.

“For sustainability we really need to see that local community capacity, so being able to upskill people in the delivery and coordination of sports programs means we are now able to employ some people locally so for me that’s the real impact,” he said.

Paul said employing a graduate from Meekatharra High School, one of only a handful to graduate in recent years, would give other students a boost.

“For the young kids to see someone who graduated from their school every day being employed and being a positive male role model for the community is extremely significant out there,” he said.

Paul said the SMF also makes a difference in the metro area through the Stephen Michael Umpiring Academy which was currently being delivered to more than 700 youths across the greater Perth region.

“They learn how to umpire, they get accredited, they get experience umpiring and then we’re working with them to be appointed umpires in local football leagues and different school competitions or even starting their pathway to the WAFL or even the AFL,” he said.

The umpiring program is expected to reach more than 2,000 youths by the end of 2019, but Paul said additional funding from mining explorer Australian Vanadium Limited would see Meekatharra gain an AusKick program, Little Athletics and a structured basketball league in the near future.

Although the SMF has collaborated with other organisations and earned grants, Paul said assistance from junior miners and explorers had played a pivotal role in laying the foundation for the organisation’s bright future.

“There’s been three or four key mining organisations that have supported us from the start, without that support we wouldn’t be anywhere near where we are heading,” he said.