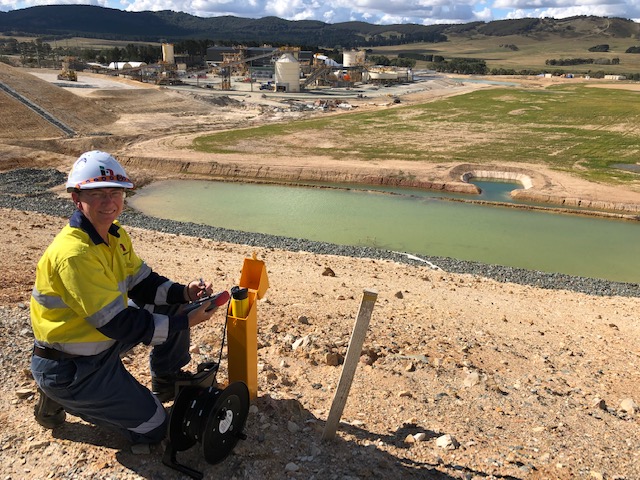 Having lived in the Goulburn region in New South Wales for more than three decades, Dr Zoe Read can appreciate the community impact of the Woodlawn Mine re-opening this year better than most after seeing its initial closure at the turn of the century first-hand.

“There has been a positive flow-on benefit to the local village of Tarago and the wider region in terms of economic, business and employment opportunities,” she said.

Following the completion of a feasibility study in mid-2016, mining exploration and development company Heron Resources has been working on re-opening the mine and conducting further exploration in the region.

Even though production at the site was only just commencing, Zoe said the impact of the new Woodlawn project was already being felt in the surrounding areas.

“In the last couple of years, I think the population has increased as a direct result of the mining activity,” she said.

“Many locals have been employed and many personnel have moved to the region.”

Among those locals who found themselves newly employed by Heron Resources was Zoe herself, who was hired as an environmental officer around two years ago. Her role entails sampling and monitoring water, dust, vegetation, landscape and undertaking rehabilitation on nearby sites.

However, having spent the bulk of her professional career as a medic and medical administration officer with the Royal Australian Navy, Zoe’s path to the mining industry was an unusual one that began with the purchase of a farm while she was still serving.

“Managing the farm, there were a lot of things I didn’t understand,” she said.

“I became interested in the environment and the impact my activities were having on it so I went to university and did an environmental management degree.”

When she left the navy in 2004, Zoe said a career in mining was “the furthest thing from my mind” but she was exposed to the industry over the course of her studies.

“I was a co-convenor of a unit called Land and Catchment Management at Australian National University that was all to do with mining rehab,” she said.

After finishing her PhD in 2016, Zoe said the timing of Heron re-opening the mine was “serendipity”.

“The mine was starting up near my farm and I had that background so I approached Heron just to see if they would have a role for someone like me with my qualifications,” she said.

“Fortunately, the position of environmental officer became vacant and I was fortunate to be appointed.”

Zoe said the role covered a wide range of activities, including sampling and monitoring water, dust, vegetation, landscape and undertaking rehabilitation when necessary.

“Over the next two or three years we’ll be re-vegetating about seven or eight hectares of land adjacent to the mine, turning it into a native woodland area,” she said.

“It’s particularly challenging because the climatic environment and the quality of the soils are challenging to say the least, but it’s good thing because it brings habitat back into the landscape for the wildlife.”

Now fully entrenched in the industry, Zoe said she has a greater appreciation for the role exploration plays in mining.

“I think it’s critically important – without the exploration you don’t know where the products are to be mined,” she said.

“You’ve got to have exploration before you have mining.”

While her foray into mining was an unexpected turn, Zoe said she has her next project firmly in her sights after the Woodlawn Mine eventually closes again.

“Once we have finished operations here we have to turn the landscape back into grazing or woodland native to the area,” she said.

“That is quite challenging but we have to do that, but that’s many years down the track.”

With the right support from government and better foresight this time around, this next mine closure will only close with plenty of notice after years of injecting life and money back into the Goulburn region and supporting the wider Australian economy as a result of mining exploration.