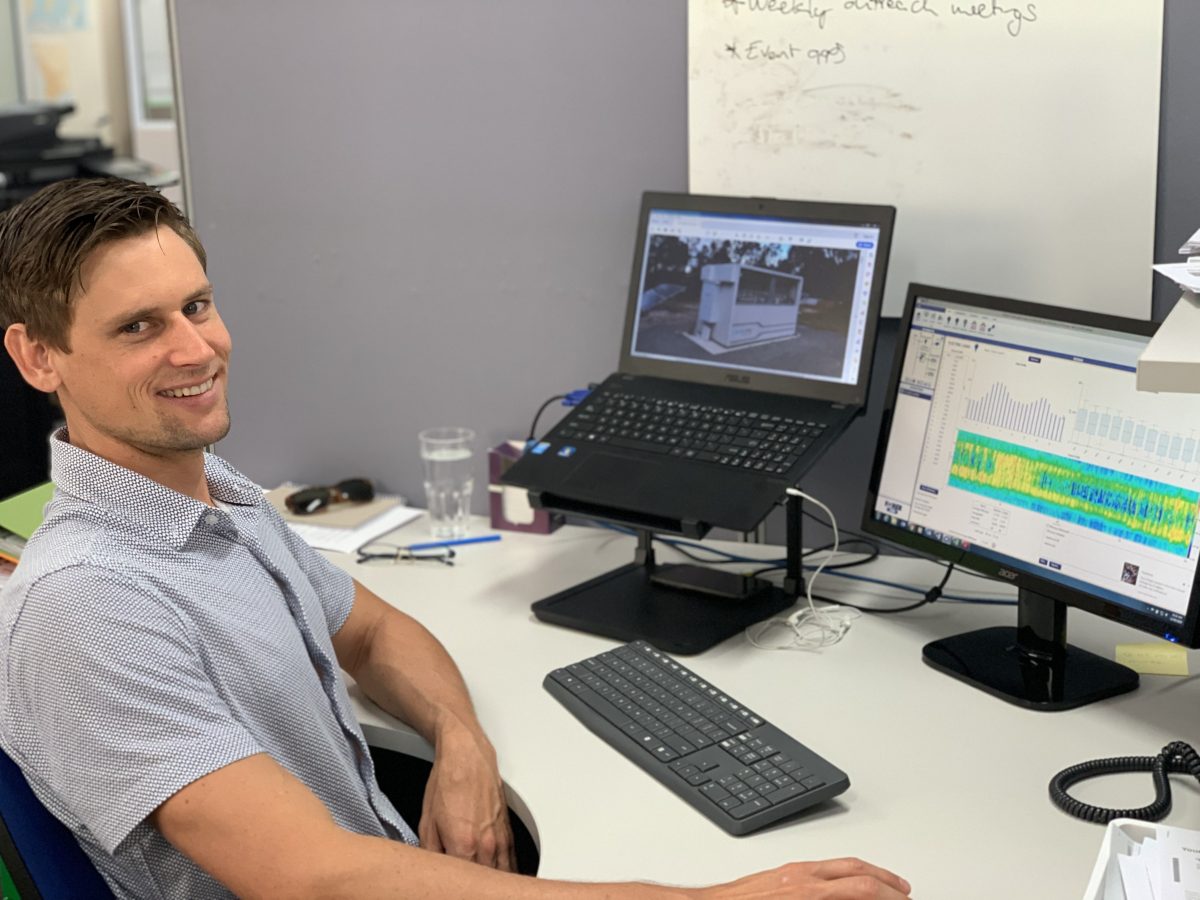 For renewable energy analyst Paul Donovan, the environment was a part of his career long before he joined VSUN Energy last year.

Paul spent eight years working as an environmental scientist before retraining in climate science and renewable energy studies, which led to his role at VSUN Energy, a subsidiary of mining explorer Australian Vanadium Limited (AVL).

Paul said his decision to work for a mining company was emblematic of how the resources sector had changed.

“In a sense my past has been working to try to mitigate the impact of mining companies on the environment,” he said.

“Now the industry is not only environmentally responsible and has positive environmental benefits but it’s also economical.

“It’s quite exciting to be working for a mining company that can produce a product that can reduce greenhouse gas emissions.”

The product Paul referenced was a Vanadium Flow Redox Battery (VRFB), a vanadium application discovered and patented in the 1980s by Australian chemical engineer Professor Maria Skyllas-Kazacos at the University of New South Wales.

VRFBs consist of two large tanks of liquid with dissolved vanadium pentoxide powder connected by a cell stack. Vanadium ions are transported between tanks through a membrane in the cell stack and release an electron, generating an electrical current.

Pumps cycle the liquid in the tanks to ensure new ions are introduced to the membrane and discharge power. Once the battery is fully discharged, the process can be reversed and repeated indefinitely.

VRFBs make a natural complement for sporadic renewable energy sources like solar or wind, according to Paul.

“VRFBs at wind or solar farms can fill in the gaps when renewables aren’t outputting energy and prevent unused energy being earthed and wasted,” he said.

“If you want to increase the number of hours of energy storage you just increase the litres of liquid in the tanks.”

Paul said the longevity and efficiency separated VRFBs from lithium and other battery types.

“Lithium is better at supplying a high dose of power quickly over the short term,” he said.

“But a vanadium battery could last essentially forever because while the cell stack, the pumps and hoses would need replacing, the electrolyte liquid that powers it does not deteriorate.”

Paul said VRFB technology was well demonstrated, with more than 150 batteries installed around the world in various applications.

“They are powering everything from households, farms, factories and schools to island communities, towns and cities,” he said.

There are roughly half a dozen batteries installed in Australia at industrial hubs, research centres and several universities.

Paul said the future of VRFBs in Australia would be powering tomorrow’s smart communities and regional centres through micro-grids where battery storage if often more cost effective than the current grid network.

Despite the benefits, Paul said there were significant barriers preventing wider uptake of the VFRBs.

“Lack of knowledge and understanding about the qualities of what flow batteries can do and the up-front cost are limiting factors,” he said.

However, Paul said the cost of VRFBs was going down as more effort was put into research and development.

“You look at any technology and how it develops over time they all have the same cost curve,” he said.

“When you have more economies of scale and more development, cost will go down.”

A recent spike in demand for vanadium from China also drove up the cost of vanadium and, subsequently, products like VRFBs.

However, Paul said significant interest in battery minerals like vanadium and lithium from government presented mining explorers with opportunities.

“There’s a really big push by the Federal and State governments to value add to resource production in the country by developing battery mineral industries within Australia,” he said.

“So there’s a huge opportunity for small cap mines like AVL to have a big impact on local employment.”

A prime example is the Future Battery Industries Cooperative Research Centre, which will be based at Curtin University in Perth.

The centre received funding and in-kind support from the industry, the State and Federal Governments worth $135 million.

In this context, the need for AVL and other Australian explorers to discover and mine new deposits is even more critical to meet the demand for vanadium and make VRFBs and other vanadium products more cost effective.